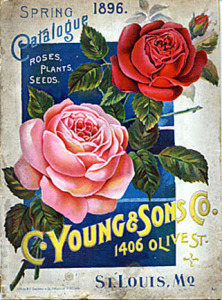 St. Louis has long been a hub of horticulture. Many seed companies have come and gone with the ever-changing demands of the market place and events that shaped history.   In the end, the St. Louis horticulture industry has adapted and survived-as a home to the world’s largest seed company, Monsanto; one of the world’s best botanical centers, the Missouri Botanical Garden; and numerous horticulture companies and nurseries.

In 1896, the C. Young & Sons Co. sold roses, plants and seeds just two blocks north of Memorial Park in downtown St. Louis. On May 27th of that year, disaster struck in the form of the “St. Louis Cyclone of 1896.”  The twister destroyed much of downtown St. Louis after first hitting Lafayette Square, then Soulard (home of the Soulard Farmer’s Market) before finally moving across the river to East St. Louis. Approximately 256 were killed and 200 listed as missing. The fifteen-minute “Cyclone of 1896” has been described as the deadliest event that has ever hit St. Louis and devastated many businesses. 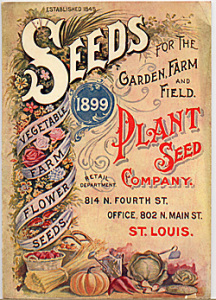 Company sold vegetable, farm and flower seeds in a location that is currently the home of the St. Louis Rams – The Edward Jones Dome.  It was a busy area. Since 1866, that area of Broadway was home to the city’s Union Market, considered by some to be the city’s greatest.

Three weeks before the U.S. entered World War I in 1917, St. Louis hosted one of the nation’s biggest flower shows – The St. Louis Spring Flower Show. It drew seed companies, vendors and attendees from the Midwest and East Coast.  Flower awards were given out in many categories and the event ended with a grand ball that featured dancing under Argon lit chandeliers. 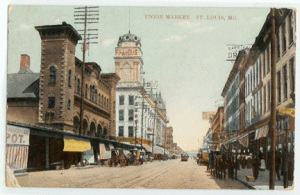 In 1932 during “The Great Depression”, August Hummert Sr. started the A.H. Hummert Seed Company in his basement. Mr. Hummert, a native of Germany, came to this country in 1886. He was active in the Missouri Florists Association and a past president of the St. Louis Florists Club. The company sold mostly flower seeds (Fig. 3B) to local growers including those in the city of Des Peres. The company’s first warehouse was located on Chouteau Avenue next to LaSalle Street’s Flower Row. 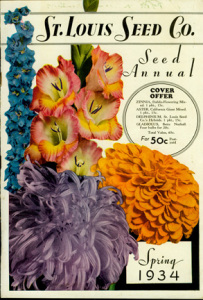 Hummert Field Days in the 1980s were very well-attended. A favorite attraction was the “money board”. Today, Hummert International has clients in all 50 states and 100 countries world-wide. Distributing horticultural supplies is now the main focus and their new location is in Earth City, MO.  In 2007, Hummert International came full circle and is now a major vegetable seed company with its St. Joseph, MO, branch. 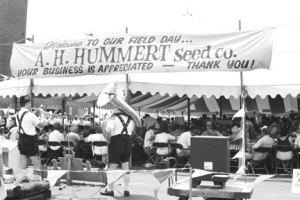 Fig. 5. The famous Hummert “Money Board” is where customers could throw darts to win cash.